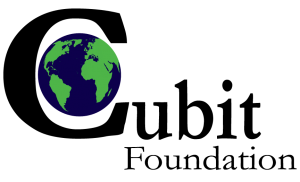 We, Ron & Paula, returned home on April 13th! Happy to be home. I am sorry for the delay in the Newsletter, I wanted to have it to you by Easter. Happy belated Easter! The grave is still empty!! ~Paula 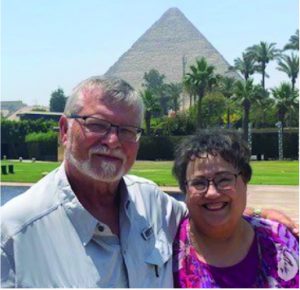 Greetings from Germany, as we started writing this newsletter, we were looking out the window gazing upon the breath taking beauty of the European Alps. Yet, our hearts ache for the displaced victims in the Ukraine.

So, since February 2022, Paula and I have been in Fussen, Germany ministering in churches in Germany and teaching at “The School of Revival, Bible school in Fussen” (Schule Der Erweckung).

We had been here for less than a month when war broke out in the Ukraine. Cubit has supported a Bible school an orphanage in Ukraine, so the first thing we did was make contact with people in Georgia who were affiliated with the orphanage and the school. Fortunately, they were able to get all orphans out of Ukraine and into Germany.  However, there was more difficulty with the evacuation of the Bible school. It took a while but we got most of them out of the Ukraine into a safe place. In addition, we worked closely with The Jesus Haus Church and Bible school who sent 13 teams to the Ukrainian border (Cubit funded three of these teams.) The teams helped the     refugees with hot food, water, shelter, warm clothes and blankets, as well as, counseling and a new Bible. The church also  provided more permanent housing for the refugees with  50 church families and the city of Fussen provided a large housing facility for many people. Through our contacts in Berlin and Dubai we helped secure from Russia a refugee evacuation passage. Please pray for frightened war victims that the Lord will give them peace and protection. There is also great concern here in Germany as they remember that it was only 33 years ago that the Eastern portion of Germany was under the control of Russia’s communism. So there is fear not only in Germany but also in Poland, Moldova, Romania, and the Baltic states, of its return.

Thank you to all the students and staff that went and are still on the border and in Ukraine in many areas.

WE APPRECIATE ALL OF YOU THAT SENT FUNDS FOR UKRAINE! You provided during a great need.

What a blessing to be working with this friends in Fussen, Germany to help the Refugees in Ukraine. We are so happy that 40 refugees were able to come to Fussen and have a great place to live. And more are coming. Praise the Lord! 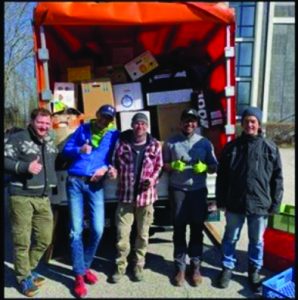 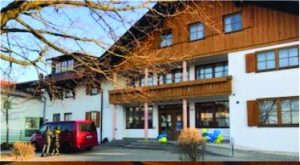 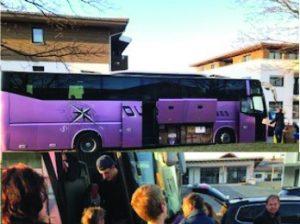 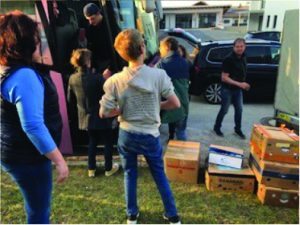 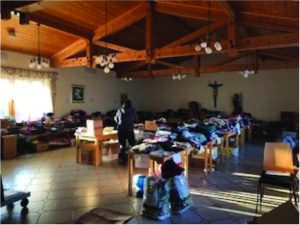 A UNEXPECTED FIRE AT OUR SON BRAD’S PLACE IN GA, ON APRIL 10th

Brad & LeAnne had a fire and their barn, work shop, music studio was completely lost. We are all heartbroken. BUT, WE ARE THANKFUL NO ONE WAS HARMED.

Brad, LeAnne and Cidney all said it was just stuff that can be re-placed. Thankful to God that our lives were saved and it only did minor damage to our house.

Many have heard about this already on Facebook when it happened. We want to thank you for all the donations that came in to help Brad restore his barn.  He is so grateful! If anyone still wants to help there is a special link on our website www.cubitfoundation.org, go to “Support Cubit” on top of page.  Scroll to bottom of page and you will see all designations.

The barn area stored all the wood Brad was stockpiling for the construction school in  Mexico, as well as many of his tools, saws, and numerous items. He also had a new apartment on the back and a music studio where they lost 6 guitars, and other instruments and speakers. Some where very sentimental because they were from family members.

We also had 2 freezers full of meat because we were told there would be a storage. Most heartbreaking of all was the memories of pictures and family items. Brad was just allowed to teardown and move away the barn to begin building again. The insurance is taking it’s time on helping them but he is moving forward as much as he can. He put up a little shed last week and is starting all over with God’s help. Brad has many more things to do for the Lord as he goes around the world. GOD WILL RESTORE WHAT THE ENEMY HAS TAKEN! AMEN!

Philippians 4:19 And my God will supply all our needs according to His riches in Glory in Christ Jesus. 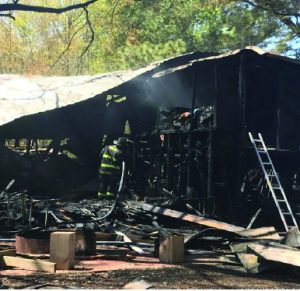 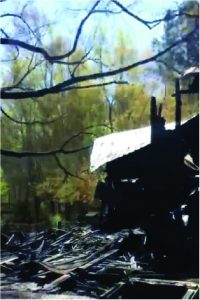 The joists and trusses are in the process of going up. The cement walls are up. What an excitement to have this school finally getting finished. Brad will start the wood inside when the foundation is finished. I will keep you up to date on all progress. Thank you Brad and Big Heart Orphanage for caring for the students that will be able to attend this school to change their life Spiritually & physically.

BRAD APPRECIATES ALL THAT HAS BEEN GIVEN TOWARD THE SCHOOL IT WILL CHANGE A STUDENTS LIVES FOREVER! 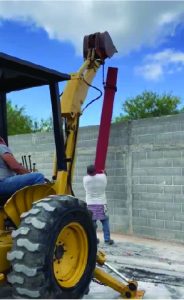 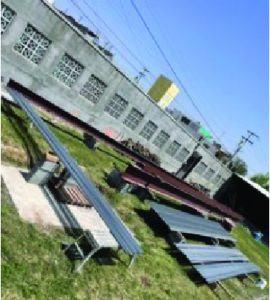 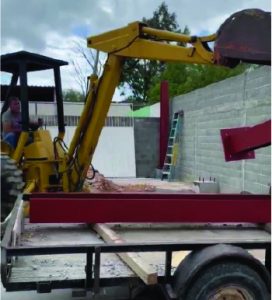 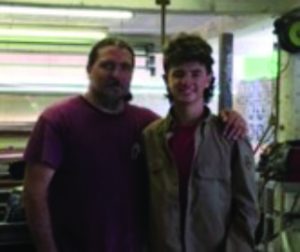 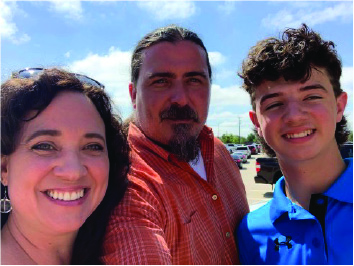 LATEST FROM EGYPT: We look forward to get back to Egypt soon!

Because of greater covid restrictions in Egypt we have not been able to return since November 2021. Although, Brian Wills was able to get in long enough to transfer much needed widows’ funds to our associates in Cairo. But, staying more than a couple days was not allowed.

We expect word any day from Egypt allowing us to return, in order to continue our work. We have been assured it will be soon.

Continue to  pray for Egypt because food riots have started, protesting the extreme rise of food prices. 75 percent of Egypt’s wheat supply was imported from Ukraine, which overnight was halted, and bread prices went up 400 percent in 48 hours. So, we pray for a quick end to this conflict. We are fortunate that “The God’s Widows’ Farm” takes care of most of our widows’ food demands. They did plant wheat to help with the need.  THANK ALL OF YOU FOR YOUR CONTINUED SUPPORT FOR EGYPT AND TO THOSE WHO GAVE TO HELP THE UKRAINIAN REFUGEES.

This is our cabbage, garlic and wheat. This is our first wheat crop. Amen! God is blessing “God’s Widows’ Farm. 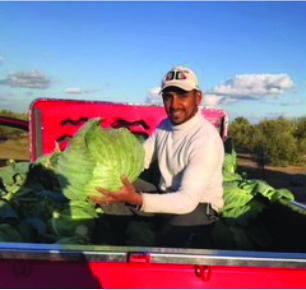 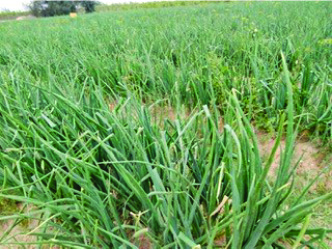 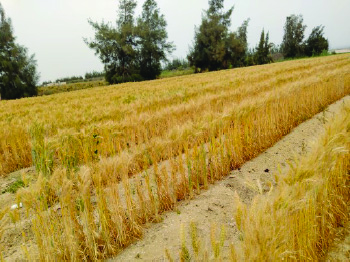 June: Trip to CA and TX More schedules are coming.

We are planning on going to VA, possible PA and TX, later in the summer.

Ron and Paula need a little rest after the long time in Germany. Please pray for us.

Brad’s plans are undecided because of the building supplies.

God is still in control and we are willing to follow Him where He leads.

Giving to The Cubit Foundation Cubit does have several areas of need.

You can go online to give or send in checks. If you would want to give recurring monthly gifts, go to the site and click on Pay Pal to set it up. As the summer approaches all ministries are in need as vacations start. Please remember us!

WE THANK YOU FOR WALKING ALONG SIDE OF US, WE ARE AMAZED MORE THAN KNOW.

Cubit is growing in different areas of ministry and it is because of you and God we keep going.

There is needy everywhere we go, and they need our help. Thanks to each one of you for allowing this to happen.

We love you all.